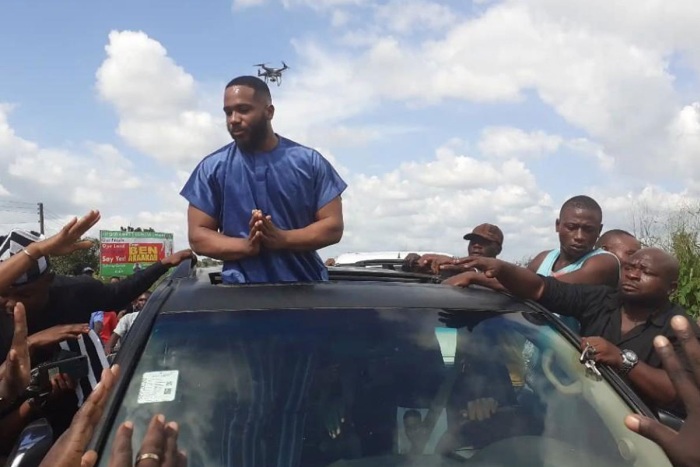 Big Brother Naija star, Kiddwaya had to literally beg residents of Benue State, when he arrived at the capital Markudi.

Kiddwaya was welcomed by a mammoth crowd who did not give him moving space as they blocked his entourage asking him to share some money but unfortunately he could not meet their expectation.

The billionaire son begged the large crowd to let him pass as he insisted that he has no money on him at that moment.

Since coming out from BBNaija, this is the first time Kiddwaya is making an official return to his native state, Benue.