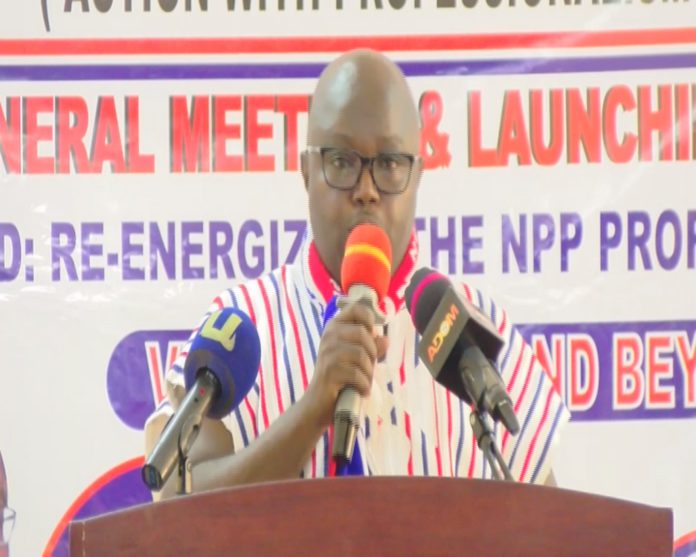 A body within the New Patriotic Party (NPP), known as Professionals for Political Action (PPA, has launched an agenda to disseminate the party’s manifesto messages to the grassroots.

The group, which is led by a Deputy National Disaster Management Organisation Director, Daniel Kwaku Denteh, is expected to share such responsibilities among members based on their qualifications.

PPA has members drawn from various professions such as teachers, doctors, barbers, nurses, lawyers, carpenters, drivers, artisans and engineers among others.

The Convener of the group, in a press briefing, told journalists that members will be assigned to discuss issues relating to their area of study. Hundreds of the PPA members gathered in Accra to launch their agenda to canvas for votes for the ruling NPP.

PPA is a political offshoot of the NPP as a voluntary organisation with the sole aim of bringing different professionals together to rally support for the party.

This group was founded in the run-up to the 2016 elections with Daniel Kwaku Denteh, Former Deputy national organiser as the Convener.

Mr Denteh indicated that the target will surely be met.

The group has its main objective of wooing professionals whose aspirations go in tandem with NPP manifesto and are ready to go out there to canvas for support around the country for NPP, he said.

The Convener of PPA also added that the group is opened to political party members who have the development of this country at heart.

“It must be noted that the group welcomes all professionals from various political parties and even those who have no parties to come and work for NPP to clinch yet another political victory to implement provisions in the manifesto that have been acclaimed as the best compared to other manifestos from other political groups,” he added.

Speaking at the launch, the Member of Parliament of Madina, Abu-bakar Saddique Boniface, entreated the PPA members to be relentless in their quest to win support for the party ahead of the December polls.

Our party has done enough to warrant a second term in office. We must, however, channel our energies and resources into fighting this battle. Let us do this with the necessary passion and strength, he said.

PPA’s target is to win not less than one million votes with their campaign for the NPP.