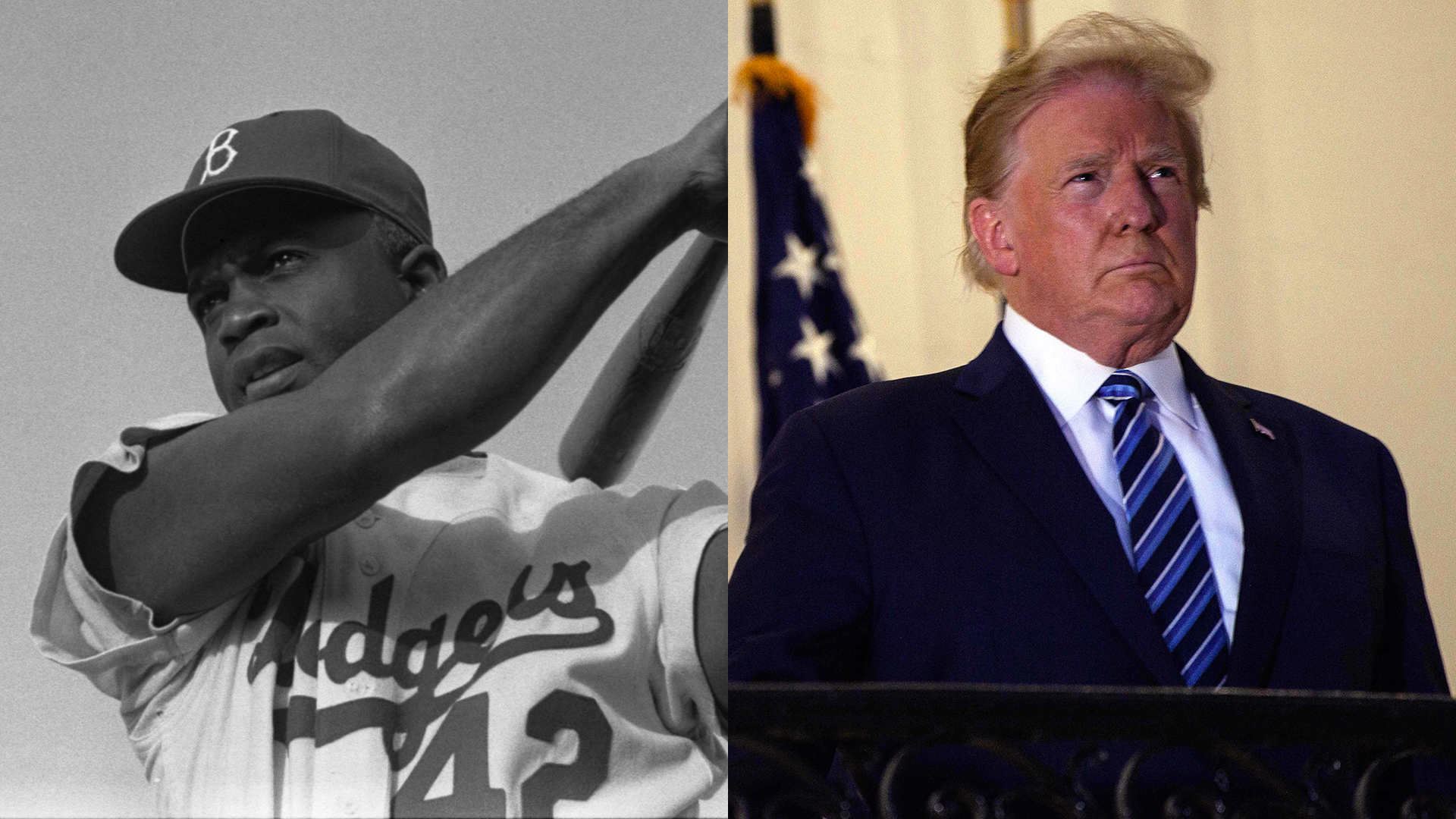 Sharon Robinson, the daughter of Jackie Robinson, denounced Donald Trump for using an image of her father in a campaign ad.

Robinson, the player who broke Major League Baseball’s color barrier in 1947, is featured in Trump’s commercial campaign titled “Say What You Will About America.” His image only appears for a few seconds, and his name is not mentioned within the ad itself.

“We’re insulted and demand that his image be removed!” Robinson stated on Twitter.

The image was taken by photographer Bob Sandberg for Look Magazine in 1954. It features Robinson in a Brooklyn Dodgers uniform. Because the image was released into the public domain by its former copyright holder, Cowles Communications Inc., the Trump campaign has no legal reason to remove the image from its commercial.

MORE: 42 images of Jackie Robinson from the SN archives

Still, Sharon Robinson is upset that her father’s image is used in the advertisement because, in her words, “the Trump campaign is in opposition to all that Jackie Robinson stood for and believed in.”

Jackie Robinson’s family strongly objects to the use of Jackie Robinson’s image in a Donald Trump @JRFoundation The Trump campaign is in opposition to all that Jackie Robinson stood for and believed in. We’re insulted and demand that his image be removed! @realDonaldTrump

The Hill reached out to Trump’s campaign for comment, but did not receive a response.