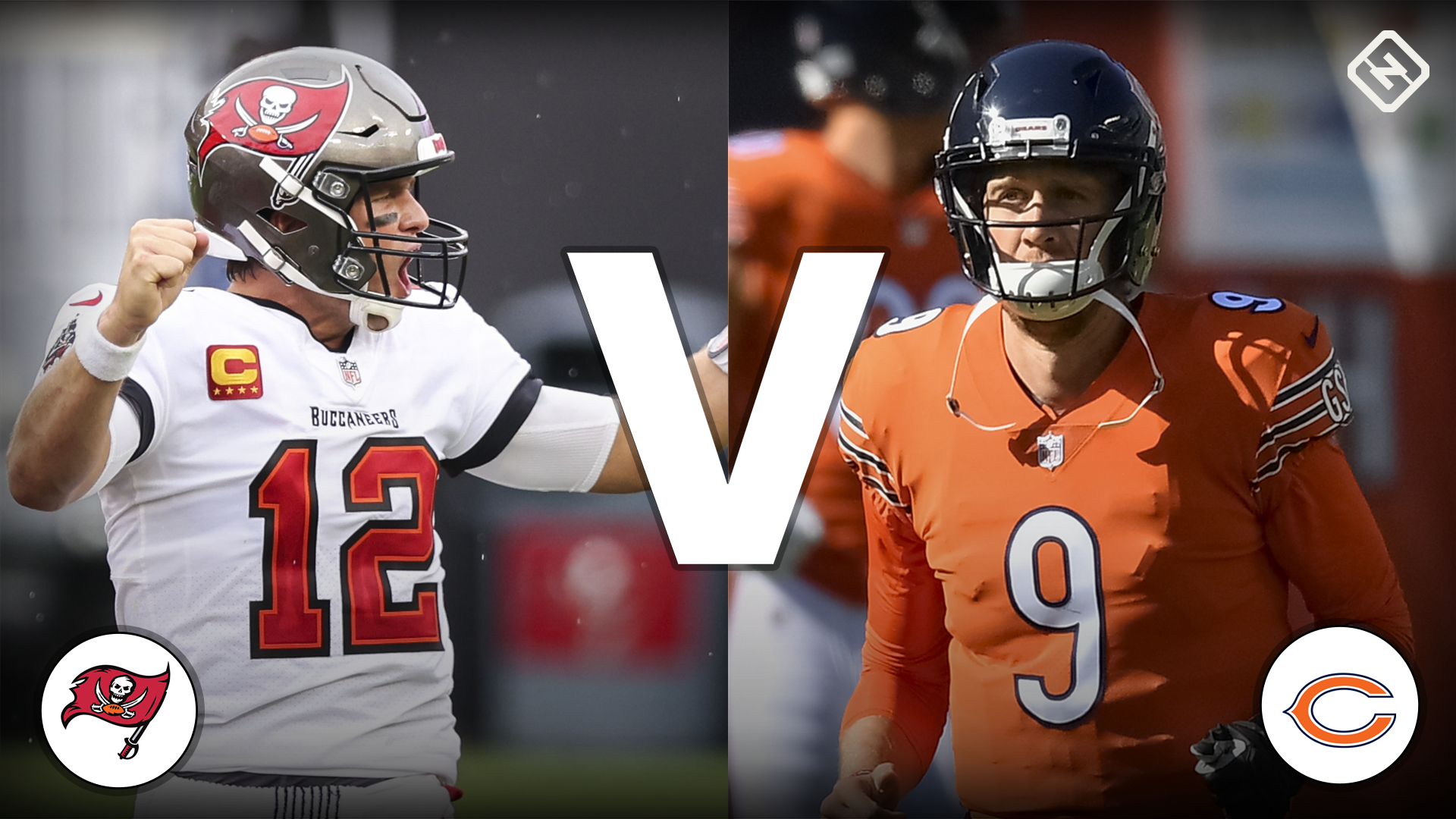 The Week 5 edition of “Thursday Night Football” will pit a pair of very different 3-1 teams against each other.

Leading the Buccaneers is the GOAT, Tom Brady, whose squad is a 3.5-point favorite despite playing on the road and being without several key starters.

Tight end O.J. Howard was lost for the season after rupturing his Achilles tendon in Sunday’s win over the Chargers. Receivers Chris Godwin (hamstring) and Justin Watson (chest) and running back LeSean McCoy (ankle) have been ruled out of Thursday night’s game at Soldier Field. Additionally, running back Leonard Fournette (ankle) is doubtful while receivers Mike Evans (ankle) and Scotty Miller (hip/groin) are questionable.

Of the six players on the Buccaneers’ injury list, only Miller was able to practice Wednesday, and just in a limited capacity.

The Bears are led by Nick Foles, who took over the starting job from Mitchell Trubisky midway through the team’s Week 3 game against the Falcons and led Chicago to a comeback victory. Many will remember Foles as the hero of the Eagles’ Super Bowl 52 championship run, but Foles looked far from the QB who took down Brady and the Patriots in 2018 in last weekend’s 19-11 loss to the Colts. He completed 26 of 42 passes for 249 yards with a touchdown and an interception as the Bears suffered their first loss of the season.

Sporting News is tracking live scoring updates and highlights from Buccaneers vs. Bears on ” Thursday Night Football.” Follow below for complete results from the NFL Week 5 game.

8:51 p.m. — Foles converts a couple of first downs, but gets greedy as he tries to hit Robinson one-on-one on the outside. Robinson tips the ball up and Carlton Davis picks it off. Tampa Bay has the ball back at midfield with 3:27 left in the first quarter.

8:40 p.m. — Foles misses a wide open Allen Robinson on third and short and the Bears punt on their first drive. Tampa Bay takes over at its own 14-yard line, 7:07 left in the first quarter.

8:34 p.m. — Brady can’t quite connect with tight end Tanner Hudson, overthrowing him in the end zone once and then Hudson dropping a pass on third down. Tampa Bay settles for a 39-yard field goal and Ryan Succop connects. Bucs lead 3-0 with 9:48 left in the first quarter.

8:25 p.m. — Chicago gets things kicked off and Tom Brady will lead the Bucaneers out for the first drive.

All Thursday night games throughout the 2020 NFL season will start at 8:20 p.m. ET, now with more TV options thanks to the addition of Fox to the broadcast in Week 5.

This will be Tom Brady’s first prime-time game as a member of the Buccaneers after spending the entirety of his NFL career prior to 2020 with the Patriots. The Bears will also be in prime time for the first time this season. Brady and the Bucs return to prime time in a big way starting in Week 7, with three straight weeks of games under the lights.

Below is the complete schedule for Week 5 of the 2020 NFL season.