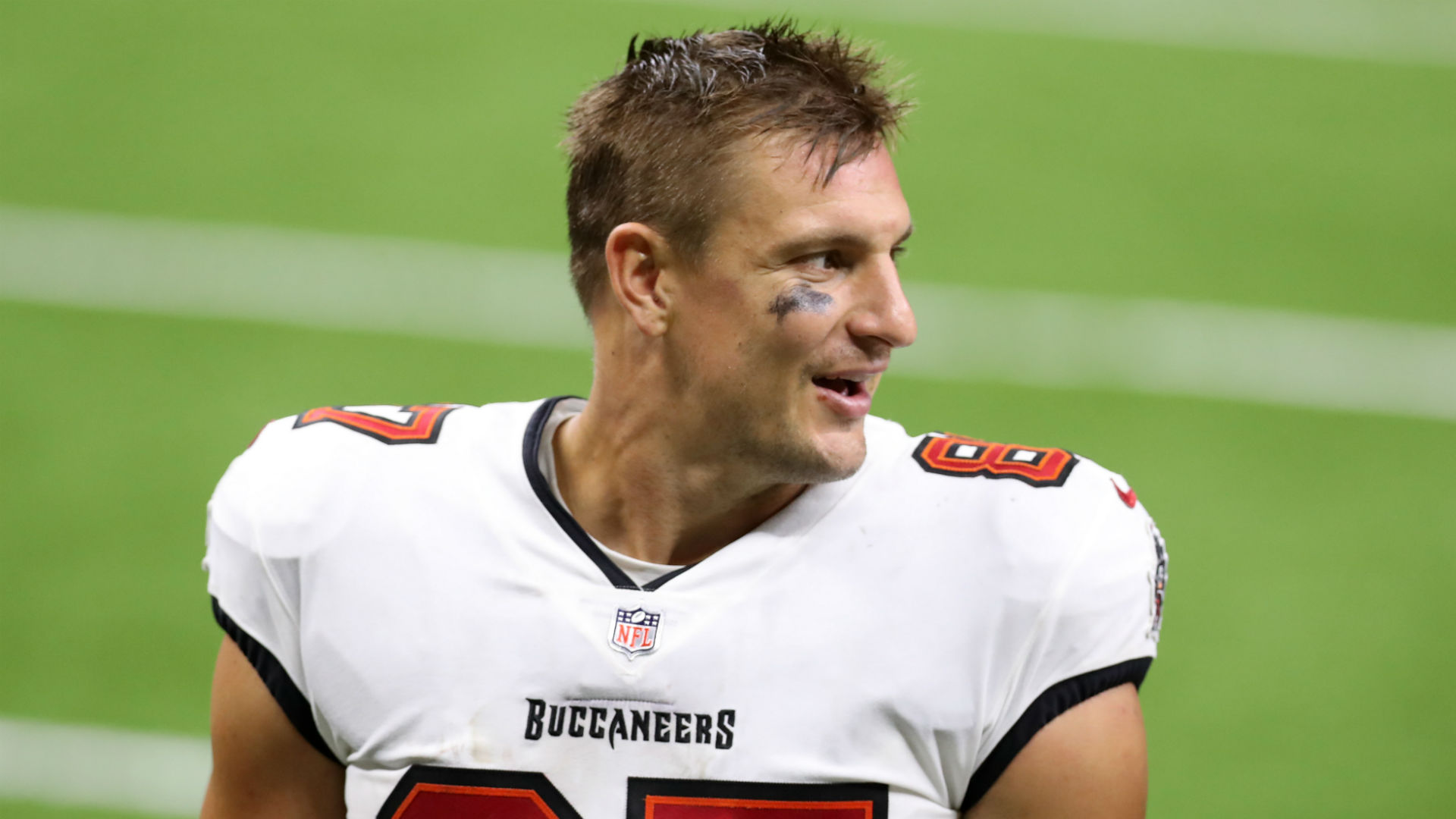 Rob Gronkowski and Tom Brady reunited in Tampa Bay was supposed to mean highlights and touchdowns and Gronk spikes.

At least for Gronkowski, it hasn’t really meant any of those things. He’s yet to score through four games of the 2020 season after coming back from retirement to play with his former New England Patriots teammate, Brady. Gronkowski has caught 9-of-14 targets in the early going for 88 yards. Two of those targets have come in the red zone.

This outcome makes more sense than the preseason fantasies of bandwagon Buccaneers’ fans, though. Gronkowski was always a good blocker, and Bruce Arians’ offense rarely utilizes the tight end heavily in the passing game. Gronkowski certainly hasn’t seemed bothered by the setup when he’s been asked about it.

‘I came here to block, baby’

When Gronkowski was asked how he felt about his limited targets between Weeks 2 and 3, he gave a Gronk-level answer.

It might not be widely known to NFL fans just how good a blocker Gronkowski has always been. It certainly didn’t create the headlines in New England that five double-digit touchdown and four 1,000-yard seasons did. But Gronkowsi has always been an asset to his teams even when he doesn’t run a pass route.

Brady once called Gronkowski “one of the most dominant blocking tight ends in the league.” Pro Football Focus backs up Gronkowski’s prowess, especially as a run-blocker. Gronkowski’s career run-blocking grade from PFF is 88.7 (out of 100). The NFL’s tight end leader in 2019, with Gronkowski temporarily retired, was Maxx Williams at 84.7. So Gronk’s whole career run blocking was better than the leader in the first year after he retired.

Gronkowski is a solid pass blocker, too, with a career PFF pass-block rating of 72.6. His NFL Combine measurements of 10.75-inch hands and 34.25-inch arm length have helped make him one of football’s best blockers.

The Buccaneers just lost O.J. Howard for the season due to an Achilles’ heel injury. That sets Gronkowski up for a slightly bigger passing game impact alongside Cameron Brate, who caught a touchdown in Week 4.

A lot of Gronkowski’s usage could depend on game plan — he acknowledged as much earlier this season. Six of Gronkowski’s catches came in Week 3 against the Broncos for 48 yards. But then even as Brady threw five touchdowns the next week, Gronkowski caught only one of his three targets for 29 yards.

The same day Gronkowski called himself “a blocking tight end,” Arians weighed in on the limitations late-career Gronkowski is working with.

“To just think he’s going to run past a corner who runs 4.4, he’s never done that, anyway,” Arians told reporters. “It’s not like it’s something new. But he can still go down the field and stretch the field. We had good times on him in practices. He can stretch the field. It’s just he’s not going to line up wide and run 40-yard balls.”

Gronkowski battled a number of injuries in the years preceding his 2019 retirement, and even late in his New England career he looked like much of his athleticism had been sapped. Arians and Gronkowski have both laid out why it’s probably unfair to expect big aerial contributions from Gronkowski. Tampa Bay isn’t limiting Gronkowski’s snaps, though. The Bucs are just using him in a different role to what people remember from Gronkowski’s time with the Pats. And he’s still a 6-6 future Hall of Famer with a lot of big catches on his resume — Gronkowski might have one or two left in him.