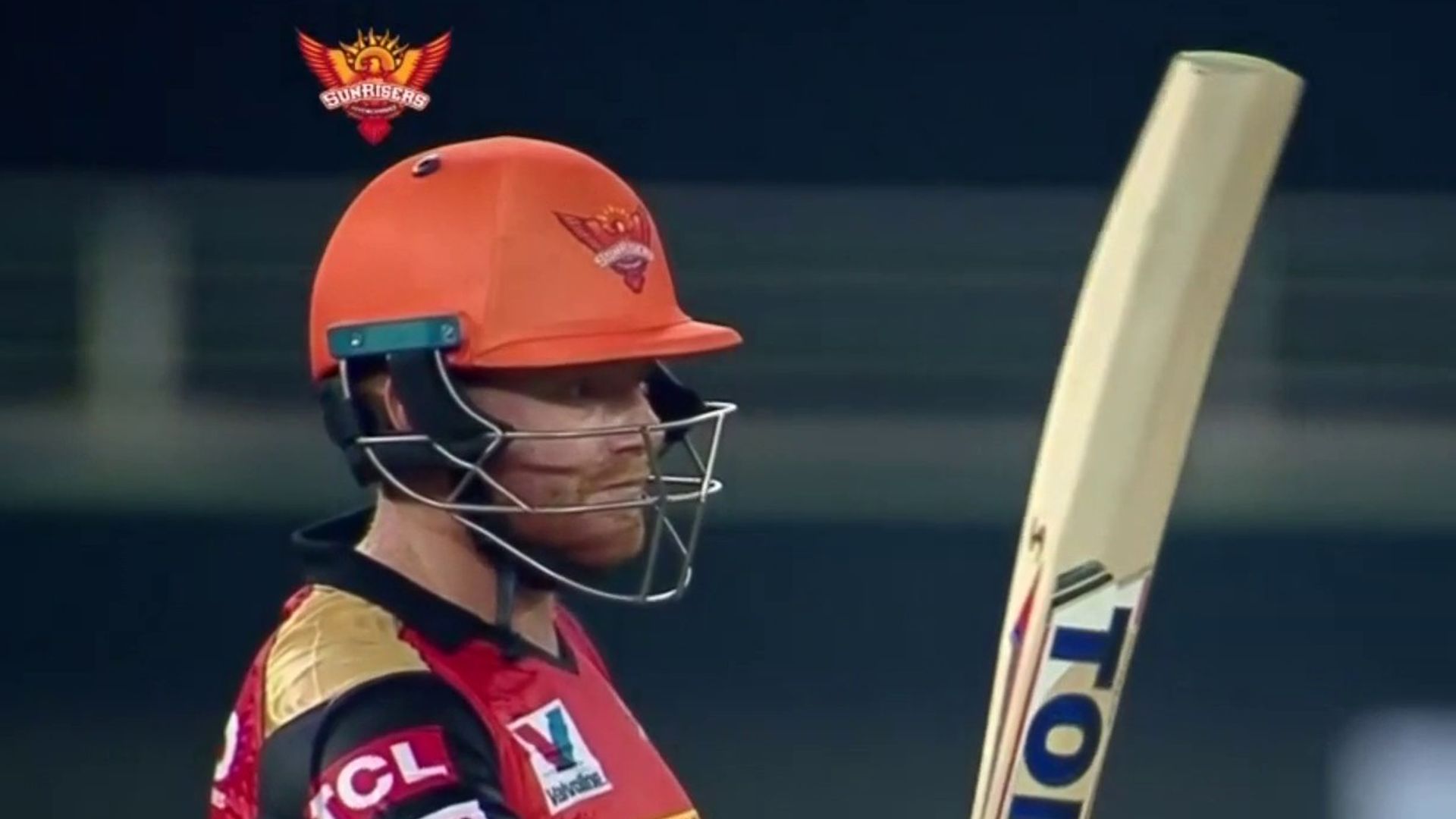 Jonny Bairstow scored a brilliant 97 from 55 balls as Sunrisers Hyderabad comfortably beat Kings XI Punjab by 69 runs in the IPL.

The England opener was at his blistering, brutal best as he shared an opening stand of 160 for the first wicket with David Warner (52 from 40 balls).

Sunrisers looked in a position to get up towards 250 but both openers fell in the space of four balls and Hyderabad proceeded to lose 5-15 in 19 balls, but eventually got up to 201-6 from their 20 overs.

Kings XI threatened to push that close despite losing early wickets as Nicholas Pooran did his best to outdo Bairstow with a stunning 17-ball half-century – the fastest in this year’s tournament.

Wickets continued to fall around the West Indies left-hander though and he was eventually dismissed by Rashid Khan for 77 from 37 before Kings XI collapsed to 132 all out and a fifth defeat in six games.

Having won the toss and chosen to bat, it was Warner who started brightest for Sunrisers but the Australian was soon overtaken by his opening partner as Bairstow got going with back-to-back boundaries off Sheldon Cottrell and never looked back.

The Yorkshireman went six, four, six to end leg-spinner Ravi Bishnoi’s first over and reached his fifty, from 28 balls, in the 10th over.

Glenn Maxwell got the treatment in the next over as Bairstow flexed his muscles, smashing four over wide long-off before following up with a six over midwicket and then another marmalized back over the bowler’s head.

Warner brought up his fifty from 37 balls, the 50th time he has passed 50 in the IPL, in the same over that Bairstow moved into the 90s with a pair of sixes off Mujeeb Ur Rahman.

The duo’s fun was ended in the 16th over though as Bishnoi got his revenge, Warner caught at long on before Bairstow, perhaps guilty of changing his approach with three figures in sight, was trapped lbw three balls later, albeit it required a Kings XI review to get the decision.

They were the first two of five wickets to fall in 19 balls as Kings XI hit back, Bishnoi coming back from conceding 18 in his first over to finish with figures of 3-29 from three overs.

Kane Williamson (20no from 10) got through the slump though and his big hitting in the last over ensured Sunrisers crept above 200.

Kings XI’s chase faltered early on when the in-form Mayank Agarwal was run out after a mix-up with KL Rahul, and Simran Singh followed in the fifth over.

Pooran signalled his intent with consecutive sixes in the seventh but when Rahul fell later in the Abhishek Sharma over, Kings XI were 58-3 and under pressure.

No one told Pooran though and the 25-year-old Trinidadian proceeded to blast his way to a half-century by taking 28 from Abdul Samad’s over, including three sixes in four balls, two of which travelled over 100m.

Maxwell had been able to just rotate strike at the other end but he tried one quick single too many in the end as Priyam Garg came in from cover and, with one stump to aim at, found his target to run out the dangerous Aussie all-rounder.

Rashid then bowled Mandeep Singh with a well-disguised googly, Khaleel Ahmed (2-24) had Mujeeb caught behind – after an umpire referral and a review – while Pooran was being starved of the strike.

Perhaps that led to his decision to turn down singles in the 15th over from Rashid, a decision that backfired when he carved the fifth ball to backward point, a tame end to a fabulous innings.

Mohammed Shami was lbw next ball, giving Rashid 3-12 from his four overs after finishing with a double-wicket maiden.

Two in an over for Thangarasu Natarajan completed the job for the Sunrisers, who jump up to third in the standings courtesy of their third win of the campaign.