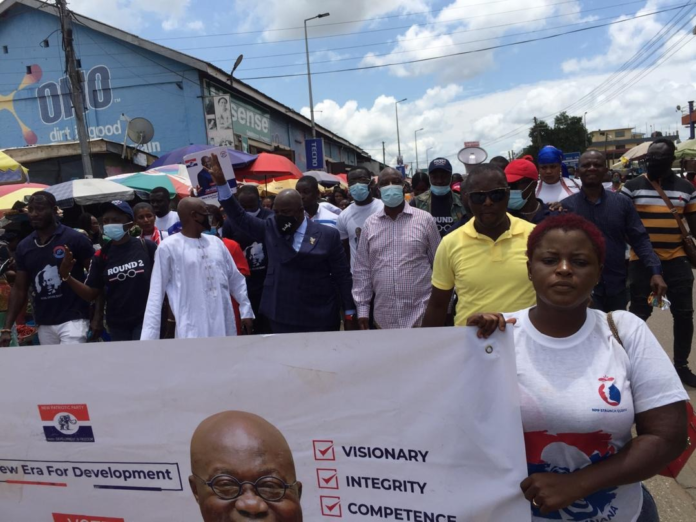 He is convinced that the president’s record will earn him a second term to do more for Ghanaians.

According to Mr Baafi, Akufo-Addo is a man of honour and integrity who delivers on his promise.

Speaking to the media after filing of his nomination at the New Juaben South Electoral Commission’s office, Mr Baafi said the dignity of Akufo-Addo is unparalleled.

He indicated that, politics and governance must be an avenue to alleviate the plight of the people.

Mr Baafi, who is also the Chief Executive Officer for Free Zones Authority, believes the NPP’s policies benefit the vast majority of the people, hence needs an extension of mandate.

He indicated that, Koforidua is going to see a different era of politics before during and after this year’s election.

He hinted at an eleven-point agenda he intends to pursue in Koforidua to develop the city.

He said job creation is key in the agenda.