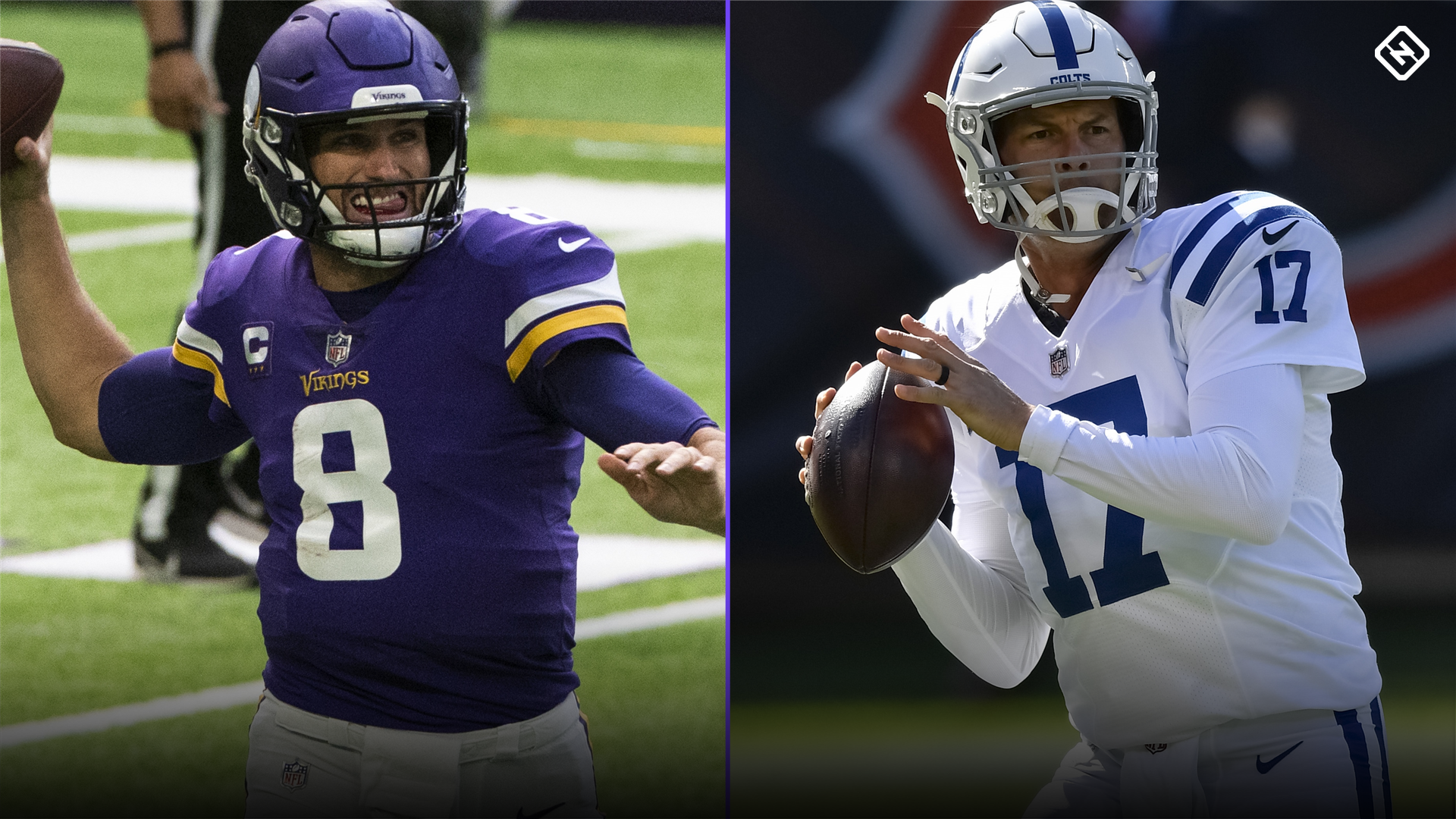 We might not know all of the games that will be played in Week 5 yet, but what we do know is that it’s a week with a lot of heavy favorites. The average point spread for the 12 games with a spread so far is 7.5 points, so it’s likely many will go chalk with their Week 5 NFL picks. Is that the best move if you’re in a pick ’em pool? The experts from TeamRankings are here with advice for your picks.

In weeks like this week, the large favorites have high pick popularity, and there will be fewer toss-up games that give you a chance to differentiate your picks from the crowd. So, rather than going for several upsets, you might need to concentrate your risk on a couple of key games in your pool. For that reason, we are focusing on just three potential value plays this week.

This analysis is brought to you by TeamRankings, the only site that provides customized picks that maximize your edge in football pools. Check out their Football Pick ’em Picks, NFL Survivor Pool Picks, and NFL Betting Picks.

How we identify Week 5 value picks

Good NFL game predictions are only part of the story when it comes to winning a football pool. You also need to consider how you expect your opponents to pick each game. After all, you can only rise in your pool standings if you score points that your opponents miss. So, in order to distance yourself from the competition, you need to do two things:

This approach to making picks is a big reason why since 2014, an average of 72 percent our subscribers have reported winning a prize in a football pick ’em contest.

Without further ado, let’s get to the Week 5 picks.

Note: Win odds and estimated pick popularity data below may change between publication time and kickoff time. If you want the latest numbers, our product updates multiple times per day.

Favorite At A Reasonable Price

The pick below might not be significantly underrated by the public, but compared to other favorites this week, it is a relative bargain in terms of pick popularity. Think twice about picking against the favorite, as there are smarter upset opportunities on the board.

Tampa Bay might not ordinarily qualify in this category, but given the dynamics of this week, the Bucs stand out in terms of their pick profile.

The Buccaneers are 4.5-point favorites with win odds of 66 percent at Chicago, according to both the betting markets and our projections. The public is currently picking the Bucs 79 percent of the time, but compared to some teams just ahead of Tampa Bay in win odds this week, there are far more entries going the other way and taking the underdog in this game. (The three favorites just above Tampa in win odds are averaging 90-percent pick popularity.)

Both teams may be 3-1, but Tampa is up to No. 4 in our NFL predictive ratings while the Bears sit way down at No. 17. The Buccaneers defense has been among the best in the league through the first four weeks and should have the advantage in this matchup.

Week 5 features one favorite that the public is picking at a lower rate than its chance to win. This team is as close to no-brainer pick as you can get in NFL pick ’em contests since you can take the team that’s expected to win yet still “fade the public” (in relative terms, at least) at the same time.

For the second week in a row and the third time in four weeks, the Colts show up as our top value favorite. It already marks the third time this year they will be favored in a game while drawing less than 50 percent of the public picks.

The Colts are a two-point favorite at Cleveland with 54-percent win odds, but they are being picked only about 39 percent of the time in pick ’em pools.

Is it because the Week 1 upset to Jacksonville still lingers in the public’s mind? As we discussed in our Week 4 betting breakdown, the Colts rank first in most key defensive categories after Week 4 and have allowed the fewest total yards after four games of any team in the past 10 years.

This week, Indy draws another team that had been unpopular after a Week 1 blowout but who has reeled off three victories since, including a big performance last week against America’s team in Dallas. After that, the public is backing the Browns in a major way, opening up a very rare value opportunity this week.

If you’re going to make a gamble on a decently sized underdog, you need to make sure that the potential reward if you get it right — that is, how much your odds to win your pool will increase — is big. Take a bunch of extra risk to make a super trendy upset pick, and the joke is on you.

The pick below is definitely not appropriate for all pools. If you’re in a smaller, season-long pool, it is probably not worth the risk. However, it should be seriously considered for single-week contests or if you only care about weekly prizes.

Week 5 doesn’t present many clear-cut gamble opportunities because there are so many larger favorites, but if you are looking for the best “bang for the buck” upset pick in a weekly prize pool, Minnesota looks like the best early option.

The Vikings are being picked by just four percent of the public, but they have 30-percent win odds as a seven-point underdog. The other two teams with pick popularity close to Seattle’s this week are both favored by 13-plus points.

Undefeated Seattle continues to be public darlings and continues to win close games at an unheard-of rate. The Seahawks are now 14-3 in games decided by eight points or fewer since the start of the 2019 season, including 3-0 this year. Seattle is also plus-five in turnovers while allowing the most yards of any team in the NFL this year.

The Seahawks are clearly a good team, but their record (and Russell Wilson), likely has a lot of people thinking they are better than they actually are.

The Vikings’ defense has its own issues, but the offense has rebounded after a slow start (and playing the Colts’ D in Week 2) to score 30-plus points in each of the past two games. This one could be a shootout, and the Vikings will need some turnover luck to go their way (and for Seattle’s turnover luck to start regressing), but the potential payoff in a weekly prize pool is that very few opponents will be picking against Seattle.

Get all of our Week 5 picks for your pool!

Once you know the best value pick opportunities of Week 5, you can typically increase your odds to win your pick’em pool by taking a calculated risk or two (or more).

If you’re in a confidence pool, for example, it may be wise to bump up the number of confidence points you assign to a value pick like Indianapolis. In a non-confidence pool, the process is more about deciding whether the risk of making one or more upset picks is worth it in Week 5, especially with many weeks still to play.

There are a lot of decisions to make, which is why we built technology to do all the data gathering and analysis needed to make the best calls. Our Football Pick ’em Picks is the only product that gives you the tools and data you need to maximize your edge.