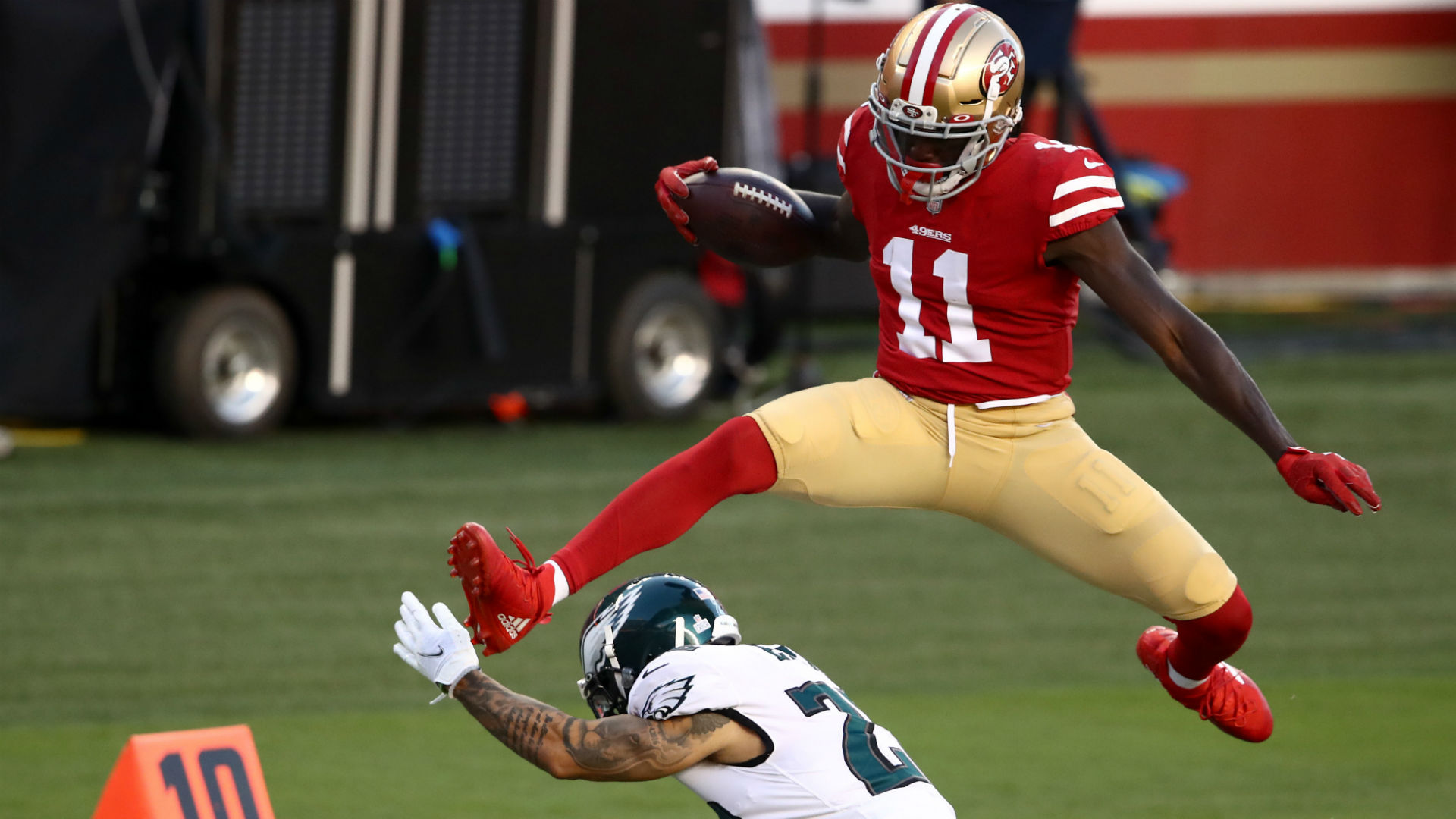 For a short time Monday, a video of President Donald Trump scoring one of the NFL season’s most impressive touchdowns existed on Twitter. Sort of.

The Trump campaign’s official Twitter account took a video of the 49ers’ Brandon Aiyuk’s hurdling touchdown from “Sunday Night Football” and superimposed Trump’s face where Aiyuk’s helmet would be. On the Eagles defender who was hurdled, they overlaid a picture of the coronavirus.

Twitter took down the video because of a copyright claim, although the original tweet still exists. It’s unclear who filed the copyright complaint. Here’s a clip of Aiyuk’s impressive touchdown, sans-Trump head.

The Trump campaign’s tweet came in the days after Trump announced Oct. 1 that he tested positive for COVID-19. On Friday, Oct. 2, Trump was taken to Walter Reed National Military Medical Center. He was released from Walter Reed on Monday, Oct. 5, the same day his campaign team tweeted out the highlight.

A few fans on Twitter pointed out the irony in the Trump campaign tweeting out the video — even though Aiyuk hurdled that Philadelphia defender and scored, it was the Eagles who won the game.

Aiyuk himself has not tweeted since Sept. 8, prior to the 49ers’ season opener. The rookie from Arizona State was taken in the first round of the 2020 NFL Draft. A receiver, Aiyuk’s touchdown against the Eagles actually came on a 38-yard rush. It was his second NFL touchdown, both of which have come on the ground. Through three games of his rookie season, Aiyuk also has nine catches for 109 yards.