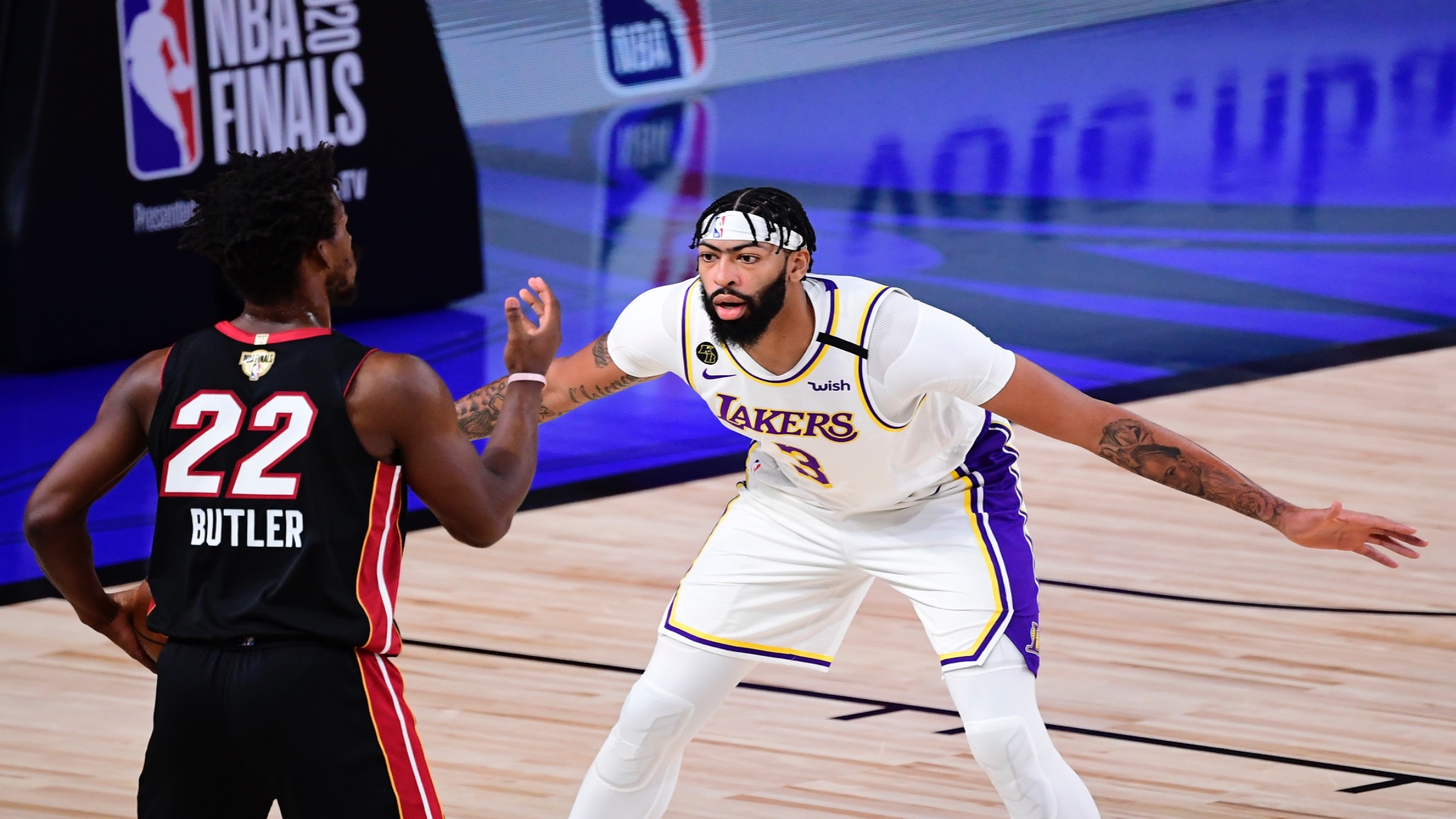 Anthony Davis’ box score line for Game 4 of the 2020 NBA Finals includes a nice, fat “4” in the column labeled “BLK.” That is short for blocked shots. So perhaps this will be enough to convince everyone that his extraordinary defense was the primary reason the Lakers now are one game away from achieving the 18th championship in their history.

It is not nearly sufficient, though, to explain the breadth of Davis’ influence upon this particular game.

“I had the task of guarding Jimmy Butler, so I just tried to be locked into him,” Davis told reporters after the Lakers’ 102-96 victory over the Heat, giving LA a 3-1 series lead. “We know that the last game, he kind of just took over, imposed his will on the game on both ends of the floor. And we just tried to give him a different look … tried to make him shoot over a contested hand … finish over length at the rim … just make it tough for him.”

With the Heat on the verge of extinction if not elimination two days earlier, Butler had authored a majestic, 40-point triple-double that injected the possibility of genuine suspense into this series.

Davis erased that Tuesday night, with plenty of help from his teammates but still, in a sense, singlehandedly. Because only Davis could have brought to that matchup the combination of length, agility and acumen that tortured Butler through most of his 43 minutes.

Butler managed to pass for nine assists, because passing so often was the only escape available. His 22 points were accumulated on 8-of-17 shooting, and both his makes and attempts reflected the difficulty of coping with Davis. In Game 3, Butler had attempted 20 shots and made 14. He’d gotten to the line for 14 free throws, compared with half that Tuesday. Butler had been a plus-20 in Game 3. He was a minus-11 this time.

Davis effectively ended the series with that performance.

This series has demonstrated why it is essential to have such superstar-level players as LeBron James, Davis and Butler to navigate those final seven games on the road to a championship. When defenses are as focused as they must be on account of the consequences of these games, and as capable as they must be to have gotten this far, it most often requires elite talent to conjure scoring opportunities.

What has made Davis unusual since he emerged as a generational prospect at the LeBron James Skills Academy in the summer of 2010 is that he can have that transformational impact on both ends of the floor.

With Kentucky at the 2012 Final Four, Davis dazzled on offense by shooting 7-of-8 from the field — including a jump-hook with each hand — and scoring 18 points to go with 14 rebounds in beating Louisville in the semifinals. Two days later, struggling to deal with Kansas center Jeff Withey’s length at the rim, Davis told coach John Calipari to get the offense from his talented teammates and he’d see to it that the Jayhawks would have trouble scoring. Davis blocked six shots and grabbed 12 defensive rebounds and UK won, 67-59. The Jayhawks converted just 33 percent of their 2-point attempts.

Since entering the NBA eight years ago, Davis rapidly has advanced as an offensive player. He always has been an effective ballhandler because he’d been a point guard in his early high school years before growing rapidly into his 6-10, 253-pound frame. But he worked on his jumpshooting and improved from three made 3-pointers — combined — in his first three seasons to 72 in this season’s shortened, 62-game season. He is hitting 40 percent on threes and averaging 28.2 points in these playoffs.

The Lakers, though, also have Kentavious Caldwell-Pope, Danny Green and Markieff Morris to hit 3-point shots. They have no one else capable of both sticking with Butler and smothering him with ridiculous length. There are few players in the league like him.

MORE: Kentavious Caldwell-Pope comes up clutch for Lakers in Game 4

When the year began, Davis told Chris Haynes of Yahoo! Sports that his goal was to be defensive player of the year.

“I think if I’m able to do that, I can help this team win,” Davis said. “If we’re able to hold teams under 100 — which is probably unrealistic but should be our goal — I think we’ll have a shot at winning the title.”

Lakers opponents scored 107.6 points; only three teams did better. The Lakers ranked third in defensive rating. Milwaukee was No. 1, and so it was fitting that Giannis Antetokounmpo became the DPOY. But it’s Davis who still is playing, 48 minutes from a title.

“That’s why he’s the defensive player of the year,” James said.

It would not be an accurate statement if the D, P, O and Y in that sentence were capitalized, but as a lower-case matter of opinion, it is fair game.

“We said that all year: because his ability to play 1 through 5, guard anybody out on the floor, take the challenge, not only guard on the perimeter but continue to protect the paint.

“The guy can do everything defensively. Need I say more?”