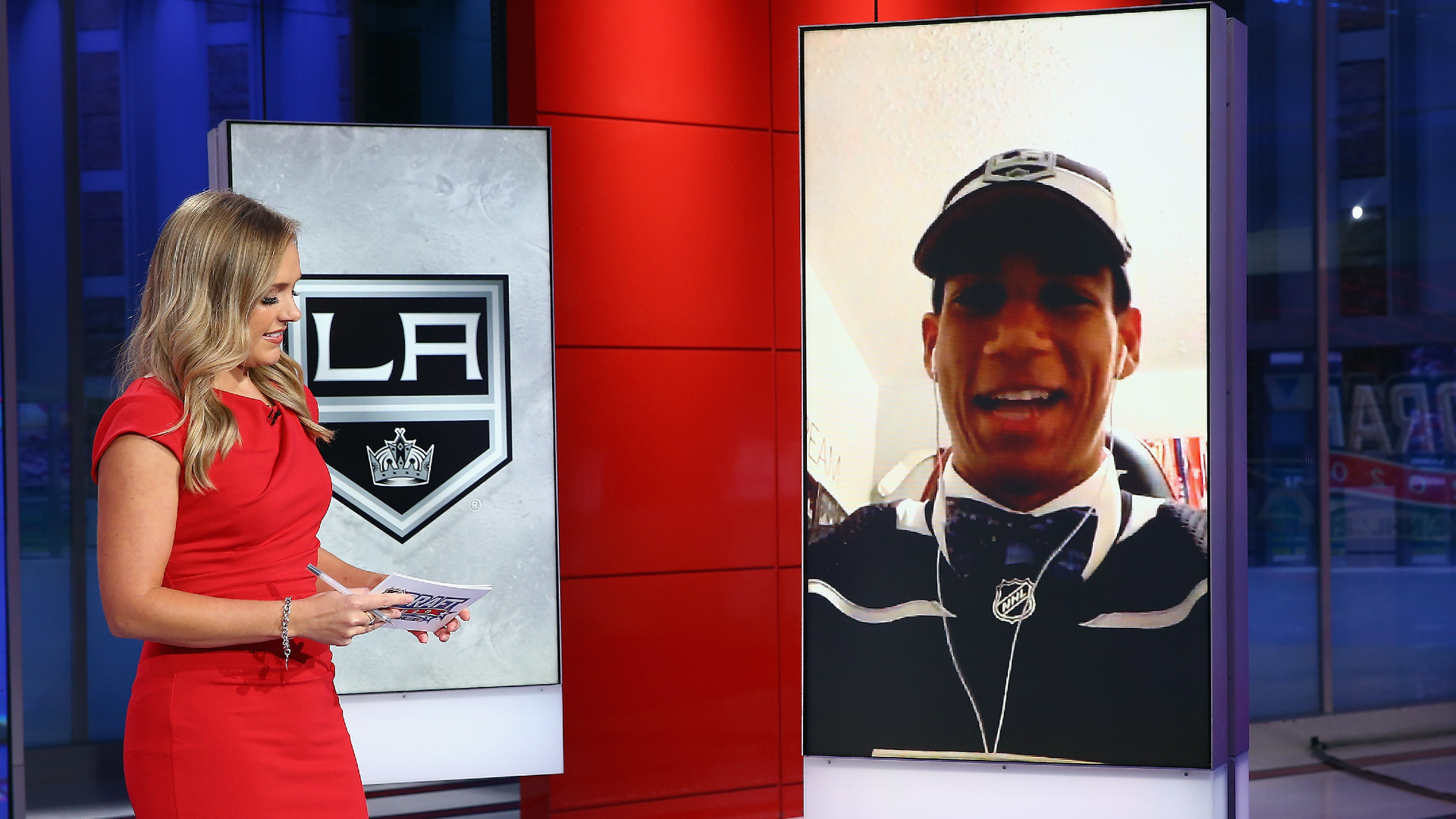 Quinton Byfield became the highest-drafted Black player in NHL history on Tuesday when the Los Angeles Kings took him No. 2 overall in the 2020 NHL Draft.

Given the sport’s ongoing struggles to diversify its talent — as well as the noted difficulties its few Black players have experienced — the milestone carried symbolic meaning that wasn’t lost on the 18-year-old center.

“That’s something special,” Byfield told reporters. “Being in the record books for anything is definitely super special, but that especially. My dad and mom didn’t play hockey or didn’t have too much knowledge about that. Kind of just growing the game together. I think it just shows that there’s a lot of opportunity for everyone in the world and that you can play every sport and be successful in it.”

This summer, NHL players protested racial inequality by declining to take part in Stanley Cup playoff games for two days. While that action came after players in other leagues, such as MLB and the NBA, called off games, it still represented a tone shift from the way hockey has typically approached social issues.

There have been protests throughout North America since late May, primarily in response to police violence toward Black people.

Byfield has been playing in the Ontario Hockey League for the Sudbury Wolves, and while he understands the historic significance of being a highly touted Black prospect, he also is focused on excelling on the ice.

“I’m definitely excited to help out and spread as much awareness as I can, but tonight really just thinking about the draft,” Byfield said. “I’ve worked my whole life for that and just excited about that really right now.”