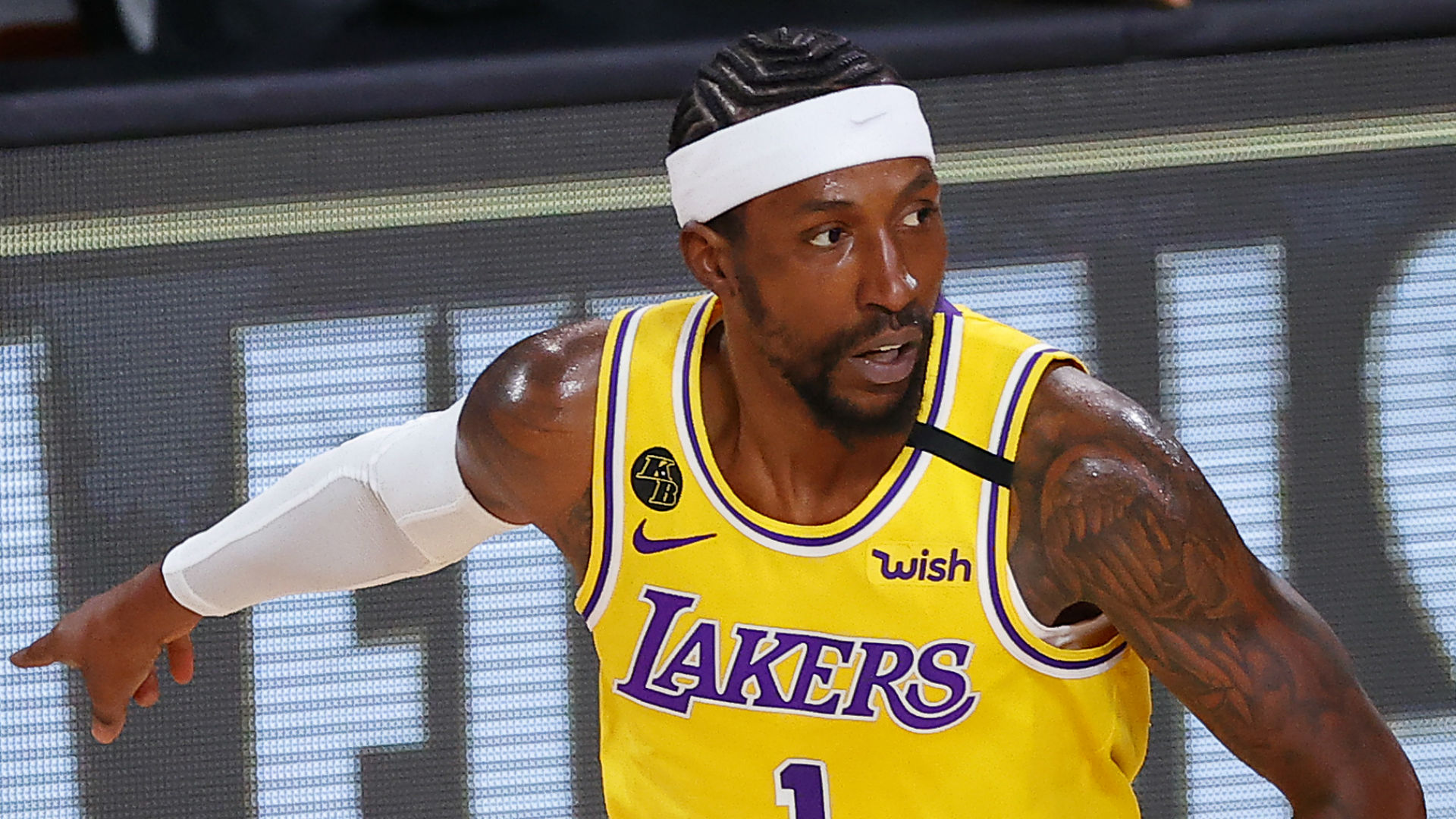 After the first two games of the 2019-20 NBA season — back when people didn’t have to worry about things like social distancing and murder hornets — Kentavious Caldwell-Pope had just one point on 0-of-9 shooting from the field with nearly as many fouls (eight) as rebounds and assists combined (nine). He had played so poorly that the phrase “Get KCP” started trending on Twitter, as in “Get KCP out of the game” or “Get KCP off my team.”

Los Angeles fans became so frustrated with Caldwell-Pope that they saracastically cheered when he finally got on the board.

Lakers fans react to Kentavious Caldwell-Pope scoring his first point of the season!

Fast forward to Tuesday’s Game 4 of the NBA Finals.

With the Lakers up by just two points against the Heat and three minutes left in regulation, the 27-year-old guard hit two of the biggest shots of the season. First, Caldwell-Pope drilled a transition 3-pointer off a pass from LeBron James, then followed that up with a driving layup before the shot clock expired.

Miami never cut the deficit below four points the rest of the way, and Los Angeles walked off the floor with a hard-fought 102-96 victory to take a 3-1 series lead. While LeBron James (28 points, 12 rebounds, eight assists) and Anthony Davis (22 points, nine rebounds, four assists, four blocks) rightfully received praise for their performances, the Lakers simply don’t win this game without Caldwell-Pope, who posted 15 points and five assists while playing tough defense and chasing around sharpshooter Duncan Robinson all night long.

“He’s a confident young man,” Lakers coach Frank Vogel said of Caldwell-Pope. “He’s been a huge part of our success this year for what he does on both ends of the floor. … KCP down the stretch, big guts to take and make those shots that he took.”

Caldwell-Pope had to possess some kind of self-confidence to reach this stage.

In the past three seasons with the Lakers, he has been a target of ridicule for both his on-court struggles and off-court connections. Prior to (and following) James signing with LA in 2018, many critics claimed that Caldwell-Pope received good contract offers and special treatment because he shared an agency with James in Klutch Sports Group. (Part of that criticism stemmed from Caldwell-Pope being allowed to play through a 25-day jail sentence in 2017. Yeah, it’s been a strange ride to get here.)

Even within this Finals series itself, Caldwell-Pope needed that confidence to overcome early woes. In Games 1-3, he scored a total of 29 points on 8-of-29 shooting, including 5-of-20 from 3-point range. In Game 4, he went 6-of-12 from the field and 3-of-8 from beyond the arc. The Lakers are now 12-1 in these playoffs when he scores at least 10 points.

“If you’re on the floor in crunch time, then I believe in you. Whoever’s out on the floor with me I believe can make plays, and tonight was a case in point of KCP,” James said. “Stays ready, works on his craft. … That three in front of their bench was a huge three, and obviously the drive at the end of the shot clock.

“It was two big back-to-back plays in the fourth quarter when we need to continue to score versus this team.”

KCP has heard plenty of boos from the Staples Center crowd, so it’s a shame he hasn’t been able to enjoy the cheers that typically accompany important postseason plays. That’s the reality of chasing an NBA championship in 2020.

But if nothing else, he’s got the approval of Lakers legend Magic Johnson, who called Caldwell-Pope the “hero” of Game 4. More importantly, if Los Angeles can shut the door on Miami, he’ll have the validation that comes with a title.

Maybe then “Get KCP” will start trending again — as in “Get KCP his ring.” He will have earned it.