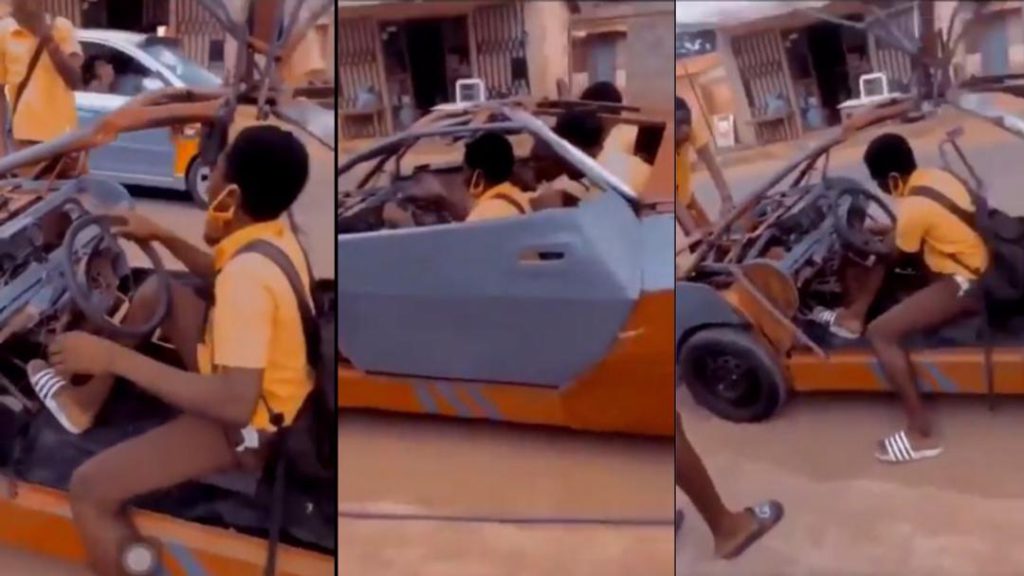 It was all joy when young but talented Junior High School (JHS) graduate, Kelvin Odartey met with the Chief Executive Officer (CEO) of Kantanka automobile.

The 2020 BECE graduate of Cosmos International School, shocked many by building a car with scrap metal, which surfaced on the final day of the exams.

Elated Kwadwo Safo Jnr in the meeting lauded Kelvin for his exploits, stating his father was not even at the latter’s level when he began his work.

Aside the support to help Kelvin build his own cars, he added he will bear the cost of his Senior High School (SHS) education.

He scheduled another meeting with Kelvin for next week to buy them more time to discuss bigger plans ahead.

Kelvin was accompanied by his mother and television presenter, Dentaa Amoateng.

Kelvin is the creator of the Lamborghini-like car with bird-like doors used scrap metals and wood to achieve his unique design.

He scavenged for scrap metals and used the proceeds he got from selling them to buy an engine for the vehicle.

Watch the video below: