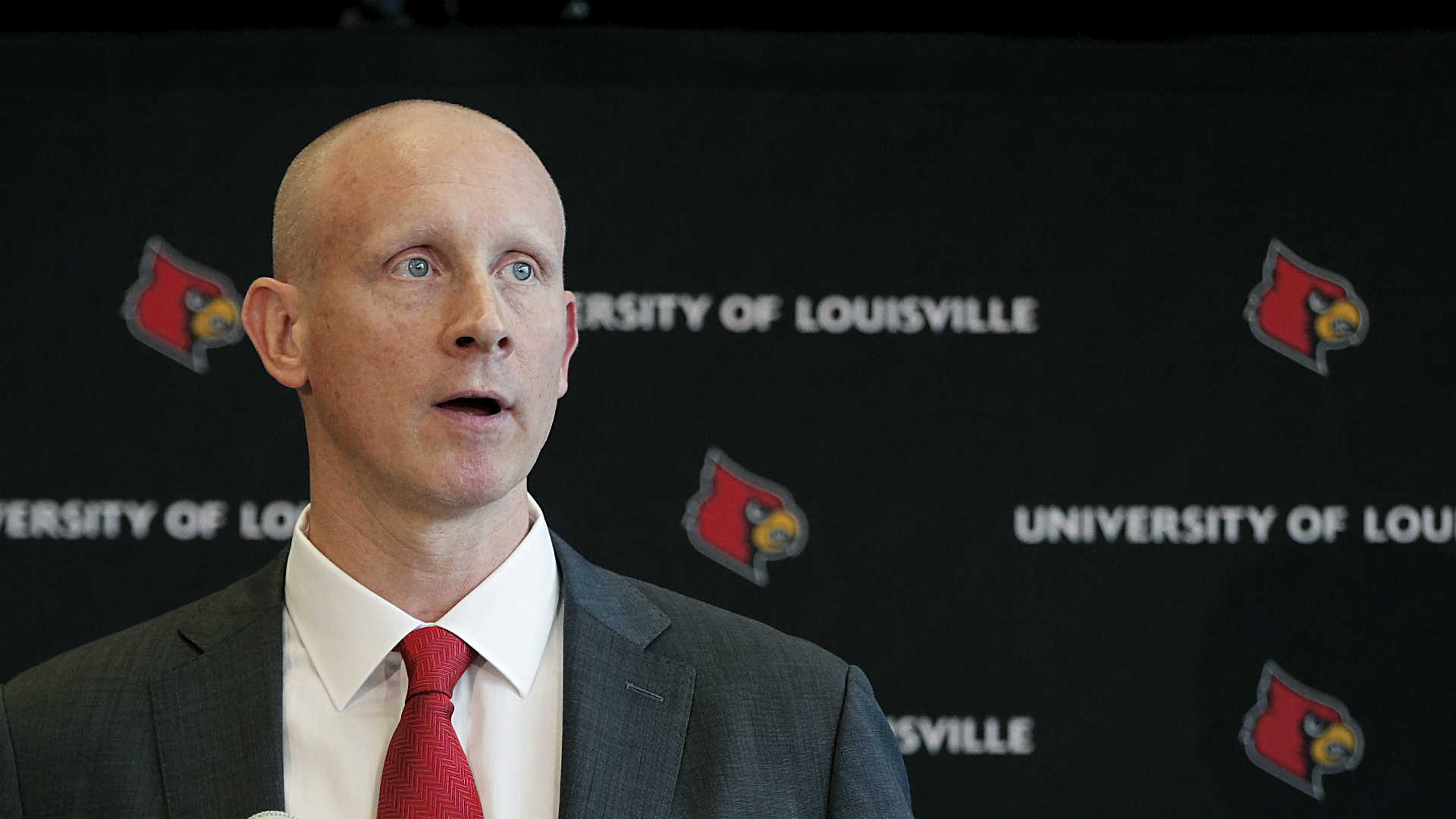 There has been no competition since the afternoon of March 12, when Creighton and St. John’s were informed that their Big East Tournament was over after they’d played the first 20 minutes.

He earlier had gone public, in an interview with “Full Court Press” podcaster John Fanta, with complaints about the inequity of Louisville getting a home game in its rivalry series against Kentucky with few or no fans in 2020-21 because of the COVID-19 pandemic and then likely facing a full house at Rupp Arena the following season.

MORE: College basketball is happening this year, even if details are murky

UK coach John Calipari was asked about the Louisville series and Mack’s statements during an online news conference. He said the Wildcats had a backup plan for the 2020-21 season if the Cardinals were not inclined to play the game as planned this season, apparently on Saturday, Dec. 26.

“You guys know I like to be ahead of this. You’re not going to throw the fire hose at me and it’s hitting me in the nose and mouth and I’m trying to figure out a schedule,” Calipari told reporters. “I’m not going to do that. So we kind of knew, we’re going to have some home games with no fans, which is crap but we’ve got no choice. We’re also going on the road a couple of times without fans, which isn’t fair to them, but there’s no competitive equity. It is what it is.”

Mack’s video was posted to Twitter hours later, at 6:08 p.m.

“I keep getting asked: Coach, are we playing the game? Are you scared? Are you a chicken? You won’t play Kentucky?” Mack said. “As for the UK series, here’s the thing: I want to do what is most convenient for John and his program.”

There is no such thing as a “sarcasm font” in video.

But one usually can sense it if paying attention.

Sarcasm practically was bleeding through the screen as Mack spoke.

“You do believe that, right? That I want to do what’s best for John?”

Mack explained that Kentucky previously had agreed to play the game on Dec. 12, a date he said Kentucky later withdrew because it would have been six days after the Wildcats returned from a trip to London to play Michigan. That game was canceled because of COVID. It’s not clear how those machinations affected the fact that the KFC Yum! Center would be missing its homecourt advantage on Dec. 12 or any other date this season, but Mack was building his case.

He alleged Kentucky called ESPN “and tried to change one of our ACC games without our knowledge or permission.” Mack said UK “honored that request” to move Louisville’s home game in the football series to 2021, although he did not mention that SEC teams are playing no non-league games in that sport this season.

He pounded on his desk to punctuate that statement. Something out of the picture rattled. Perhaps it was a Coach Cal bobblehead.