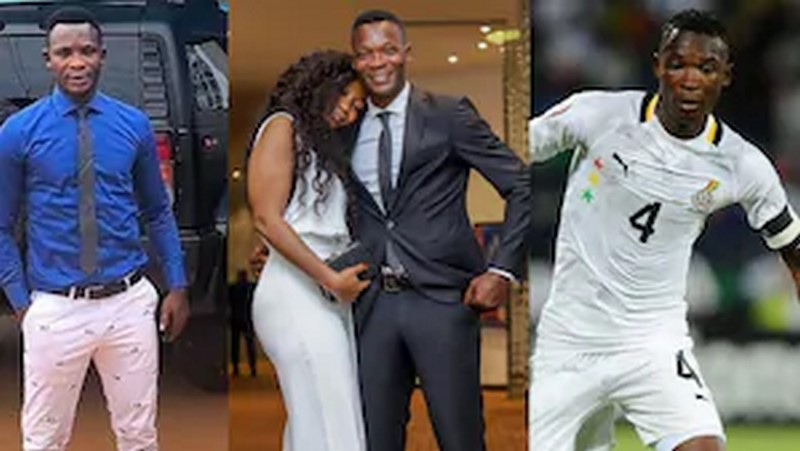 Former Ghanaian international footballer, John Paintsil, has been spotted in a video spending some quality time with his wife as they cruised in town in their car.

In the video, the duo was seen jamming to a song that was being played on the radio while they drove through town.

The video was taken by John Paintsil’s wife who is known as Richlove but is affectionately called Adjoa Broni by her close friends.

From the video which appeared to be inaudible, one can confidently say that John Paintsil and his wife, Adjoa Broni, just cannot have enough of each other and always want to flaunt their love.

John Paintsil was the one driving while his wife sat beside him and decided to capture their road trip on camera so as to keep the memory forever.

When the former Black Stars player saw that he was being recorded, he quickly buckled his seat belt.

After posting the lovely video, Adjoa Broni captioned it with some love emojis.

Some fans and followers of the pretty wife of the footballer took to the comment section to express their views on it.