Quirky comedy Schitt’s Creek, media family saga Succession and dystopian drama Watchmen dominated the Emmy Awards on Sunday in a show where the coronavirus pandemic meant most celebrities across the world took part from their sofas or small events of their own.

“Hello, and welcome to the PandEmmys!,” said Jimmy Kimmel, as he opened the show, peppering the event with multiple skits and jokes about life under lockdown.

HBO’s Succession, the tale of a powerful, backstabbing media family, was named best drama series, while Jeremy Strong won best actor for his role as a downtrodden son. Succession also won for writing and directing.

The biggest shock of the night came when former Disney Channel actress Zendaya, 24, was named best actress in a drama for playing a teen drug addict in HBO’s Euphoria, beating front-runners Laura Linney (Ozark) and Jennifer Aniston (The Morning Show). 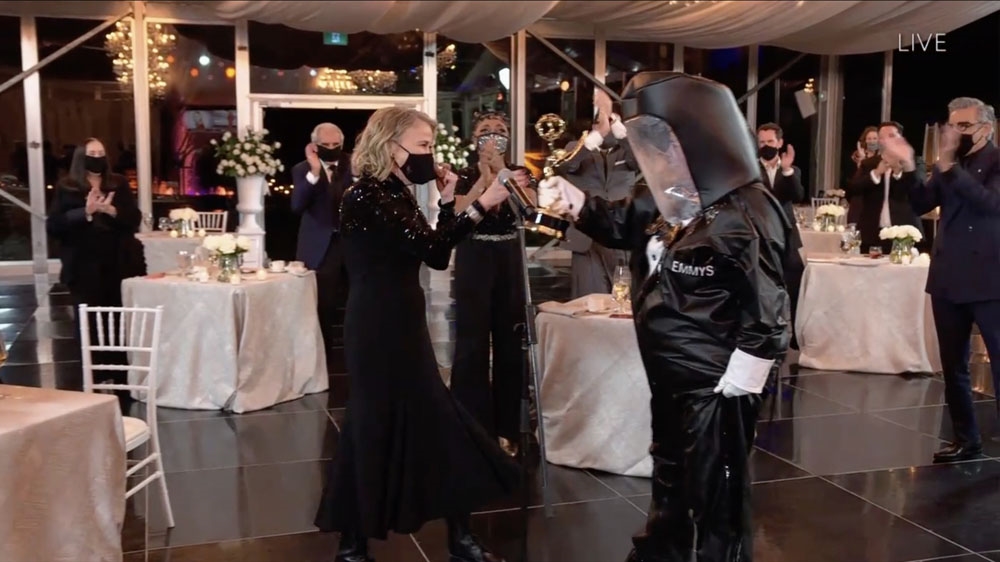 Emmys were delivered to the winners in a number of ways in the virtual ceremony. Catherine O’Hara was handed the Emmy for best comedy actress for her part in Schitt’s Creek from someone dressed in a hazmat suit [American Broadcasting Companies, Inc. via AFP]

Schitt’s Creek, a sleeper hit about a wealthy family forced to live in a rundown motel that got attention when it was picked up by Netflix, won all seven comedy awards including best series.

Creator Damon Lindelof dedicated the Emmy to the victims and survivors of the 1921 massacre of the Black community in Tulsa, Oklahoma, which partly inspired the series.

“The only way to put the fires out is to fight them together,” Lindelof said.

“History is mystery – it’s broken into a million puzzle pieces. We know finding them will hurt. Sometimes we caused that hurt, maybe we even benefitted from it,” added Lindelof, who is white. 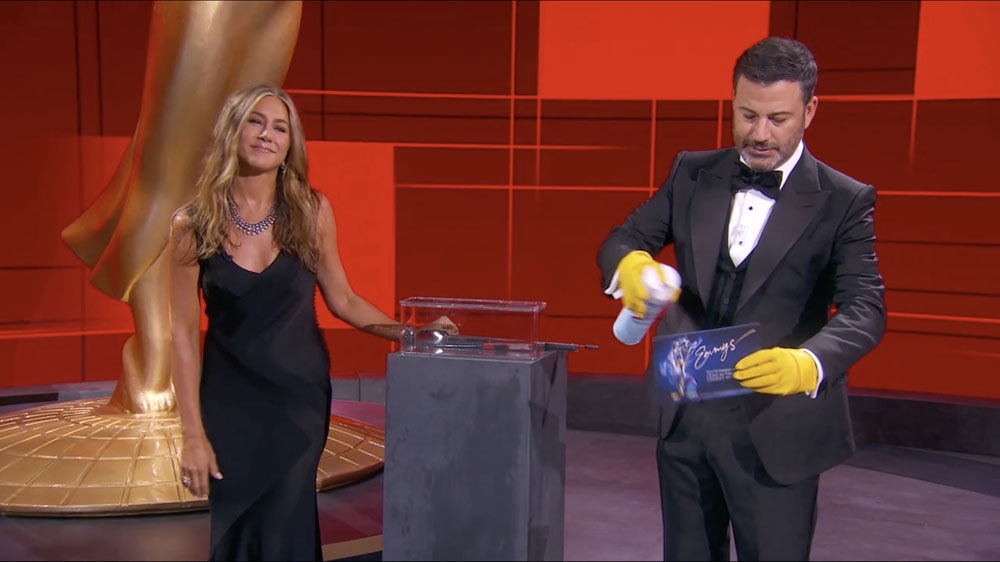 There was no escaping the pandemic with host Jimmy Kimmel and actress Jennifer Aniston disinfecting ballots during the awards ceremony [American Broadcasting Companies, Inc via AFP]

The series, which made its debut last year, depicts white supremacists, police brutality and rows about mask-wearing – all subjects of intensely polarised debate as the US gears up for November’s presidential election.

“Have a voting plan,” said King, as she collected her award.

The coronavirus pandemic meant no red carpet and no physical audience for the show, which was broadcast live on ABC from the empty Staples Center theatre in Los Angeles.

Producers sent camera kits and microphones to all the nominees, scattered in 125 places around the world, who chose how and where they wanted to be seen. 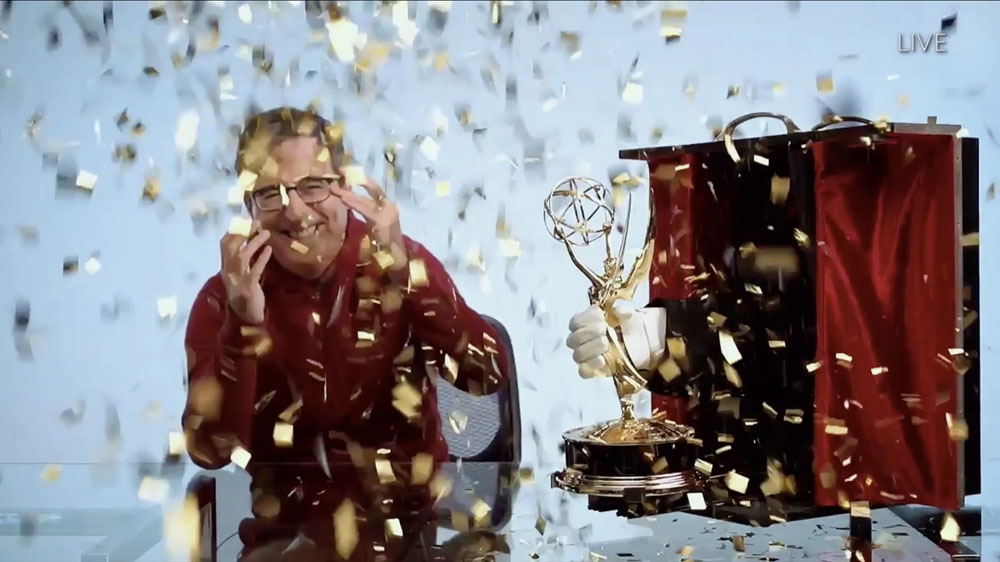 Talk show host John Oliver won the Emmy for his show and received his award from what he described as a “decapitated hand” [American Broadcasting Companies, Inc via AFP]

The winners were handed trophies in a variety of ways – deliverymen knocking on front doors, a “decapitated hand” emerging from a mysterious box, as winner John Oliver called it – while presenters included everyday heroes such as a medical worker, a teacher and even an astronaut.