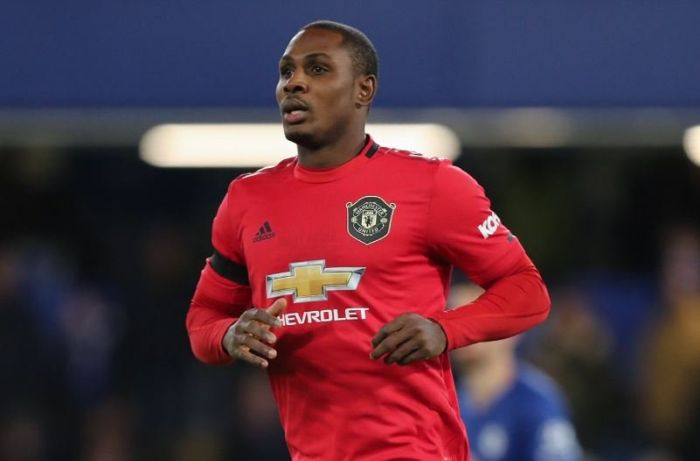 Manchester United and Nigerian striker, Odion Ighalo has stated that he is happy he is representing the club he supported as a boy and will continue to give his all whenever called upon by club manager, Ole Gunnar Solskjaer.

Odion Ighalo, 31, has found regular game time hard to come by since joining the club on February 1.

His initial 6 months loan move from Shanghai Shenhua was extended till 2021.

Ighalo, has now said despite his lack of game time he will not let his struggles for game time dampen his record break in move to Manchester.

“That energy, that positivity, that happiness, never change. You can see that smile on my face every time I go in there.

“It’s not every man’s dream that comes to pass, well mine did. My kids will grow up and see that I played for a team that I supported from when I was young, I cried when they lose and all of that.

“I want to keep doing what I need to do until the last day that I play for the club.”

Ighalo who has netted five goals for United, through 20 appearances in all competitions, said he will never forget the first time he scored for the club.

“My favourite moment is when I scored my first goal for Manchester United.

“I could not sleep in the night, waking up, checking my phone messages from all over the world from friends and family and all that. It means a lot to me.”