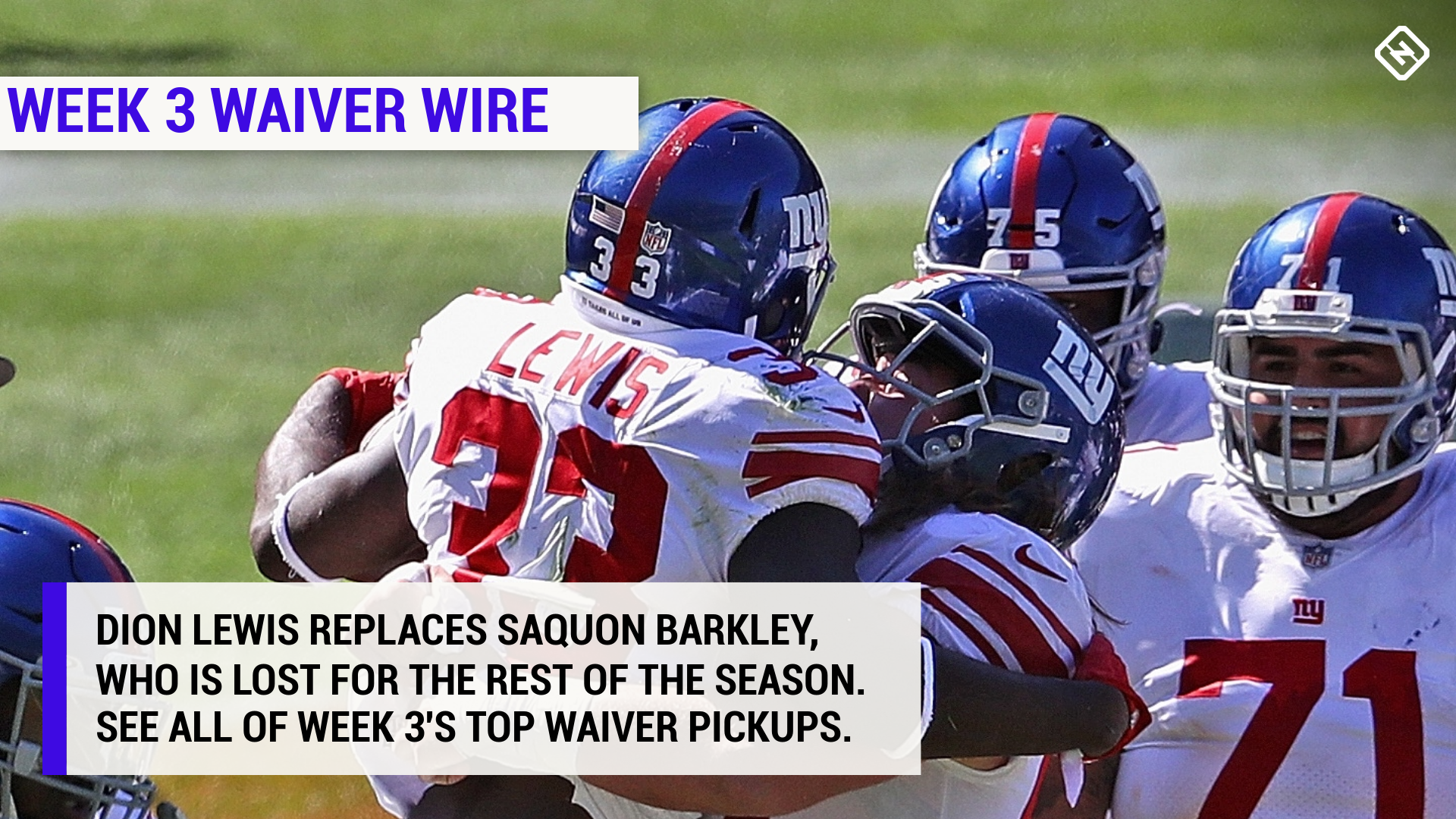 The injuries started early and didn’t seem to stop on Sunday. Saquon Barkley’s season-ending knee injury is obviously the biggest news, but Christian McCaffrey, Cam Akers, Drew Lock, Jimmy Garoppolo, Courtland Sutton, Davante Adams, and Raheem Mostert were just some of the other key players who exited early and did not return to their respective games. That many important injuries opens the door for replacements, many of whom will be among the top Week 3 fantasy waiver wire pickups. From handcuff RBs like Dion Lewis/Wayne Gallman, Mike Davis, Jerick McKinnon, and Darrell Henderson to potential breakouts like Chase Claypool, Justin Herbert, and Dalton Schultz, you can bet it’s going to be a busy week for waiver claims and free agent adds.

Our full free agent list features plenty more potential contributors at every position. There are some guys who had good games in each of the first two weeks (Gardner Minshew, Corey Davis, Russell Gage, Jordan Akins), plus some Week 1 breakouts who are worth another look even if they disappointed in Week 2 (Laviska Shanualt, Jr., Logan Thomas, O.J. Howard, Allen Lazard). We also have a few “boring” veterans who are worth looking at because of their decent-volume roles (Frank Gore, DeSean Jackson, Chris Hogan), as well as several guys in precarious positions (Kerryon Johnson, Myles Gaskin, Chris Herndon) who are worth owning on the chance their roles continue to expand. We also have some potential D/ST streamers at the end of this list because why not, right?

Given the severity of Barkley’s injury and the sheer volume of other ailments for key players, this figures to be a week with a lot of waiver activity. If you hold the No. 1 or No. 2 claim, it’s tough to pinpoint who exactly is worth using it on, but that really depends on your roster. The Giants situation doesn’t have a clear target (unless they just ride with Lewis, which would be surprising), while the other top pickups might not be long-term (or short-term) contributors either. Remember last week when Benny Snell Jr., Malcolm Brown, and Nyheim Hines were at the top of the list? None of those are looking like great claims right now, so tread carefully. There’s still a lot of season left. — Matt Lutovsky

Unless otherwise noted, only players owned in fewer than 50 percent of Yahoo leagues considered.